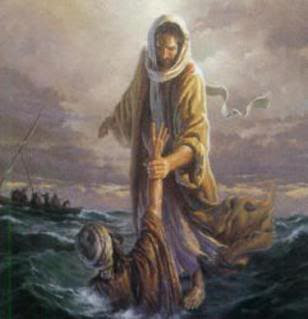 The last couple of weeks I've been working on a new version of IMMERSE where we'll have learners focus on the life and ministry of Jesus. Aside from it being an incredibly enriching experience, there's something I noticed.

The way I've chosen to trace the narrative thread of this part of God's story has been to use six key words in the progression of Jesus' story mainly from the book of Matthew:
What was of particular interest to me was the place in the story where the disciples were able to articulate who Jesus actually was (IDENTITY). This didn't happen early in the story, but later - after they'd seen, participated in, and contributed to what Jesus was doing - operating according to the Kingdom of God.

This makes me wonder about our approach to raising up disciples - whether we're preoccupied with ensuring young people are clear on the deity of Christ before we permit them to participate in the work of the kingdom (and perhaps experience the humanity of Christ).

That's not to say Jesus wasn't demonstrating His deity early in the story, but it seems like He was ok with them participating with Him before they truly "got" Him.
Email Post