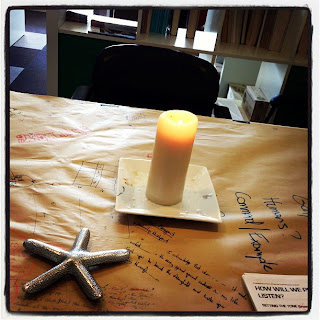 Not for the first time.

But in many ways it was like the first time.

For one it was helping them clarify what Jesus was calling them to do during the season they believed they would be serving in their church.

For the other it was a discovery of who Jesus was in light of some of the hard parts of their story.

Both had an encounter with the living Christ.  Both walked away transformed after our conversation.

And as I walked away I realised something - I get to lead people to Jesus everyday.  Not just because I work for a group who exists to do that, but because I follow Jesus.

And I guess if I'm truly following Jesus, then sooner or later I'll be leading someone else to Him.
Email Post