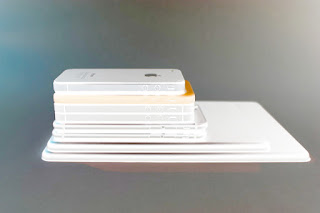 This is a bit of a longer post, but I wanted to share some notes from the main talk I'm giving this year: "3 shifts helping us reach a generation."

After nearly 10 years of 'free-lance' ministry among the emerging generation - there are some things I’m learning - not complicated, but vital -  not new, but these things have required some serious unlearning and re-learning.

The three shifts are: mindset, method and message.

A SHIFT IN MINDSET
There's a great moment in the wake of Jesus' healing the man at the pool of Bethesda.  The religious leaders quiz Jesus on Him 'working' on the Sabbath, and Jesus schools them on His Father's work:

"My Father is at work. So I, too, am working.
...
The truth is that the Son does nothing on His own; all these actions are led by the Father. The Son watches the Father closely and then mimics the work of the Father." - John 5:15-19

In the midst of Jesus pointing out the ludicrous legalism of the traditional law the leaders had instituted, we learn something critical about His approach to the work of the kingdom:  He only does the work He sees His Father already doing.  He joins His Father in His work.

The shift in MINDSET is one where we shift from "Taking Jesus to ..." to "Joining Jesus there".

I wonder how much of a colonial (even crusade) mentality shapes our approach to mission.  Failing to see the people along the path of our triumphant conquests - we rush through with our untested assumptions and pre-packaged programs, and we march headlong into our campaigns and building programs without stopping to notice where God is going before us, where He is already at work.

Some questions to ask that can assist this shift for us are:

What difference does it make to join God rather than “take” Him?

How might we notice the work of the Father?

A SHIFT IN METHOD
Jesus takes His team across the border, away from the pressure of ministry.  It is in Caeserea Philippi - a hub for foreign worship - where He is declared to be the Messiah.  Not by His own declaration, but by the declaration of one of His followers in response to Jesus' question:


Jesus (to His disciples): Who do people say the Son of Man is?
Disciples:  Some say John the Baptist. And some say Elijah. And some say Jeremiah or one of the other prophets.
Jesus: And you? Who do you say that I am? - Matthew 16:13-15


The shift in METHOD is one where we shift from "clever answers" to "intentional questions".

I wonder whether while apologetics may have their place, we get so busy defending the faith, that we neglect the offensive work of the Holy Spirit in the space of good questions.

“Easy answers can give us a sense of finality.  By entertaining questions, God has a chance to change us.  Answers can be offered as a conclusion.  Questions are an invitation to further reflection. For the most part, answers close and questions open.  It is telling that the word 'question' contains the word 'quest'.  That is, a question sends you on a journey and often in search of something valuable.” -  pxxiii Martin B Copenhaver - Jesus is the Question.

After a decade of providing spaces where we ask intentional questions that come out of God's Word and God's Work, I'm still amazed at the capacity of young people to articulate the kind of spiritual discoveries that would make the best apologists smile.


Some questions to ask that can assist this shift for us are:

What are the questions people are asking?

What are the questions we are asking others?


A SHIFT IN MESSAGE
Tradition holds that Joseph of Arimathea was the uncle of Mary, the mother of Jesus.  Whatever the family connection, it was a bold move to do what he did:


“Joseph of Arimathea, a member of the ruling council who was also a believer anxiously waiting for the kingdom of God, went to Pilate and boldly asked for the body of Jesus.” - Mark 15:43

Note this: “waiting for the kingdom of God”.  Joseph was a character in this story who longed for God’s rule.  He wasn’t the only one - this longing was a dominant theme among the people of Israel, and it was the dominant message of Jesus - the kingdom of God was the main theme in Jesus’ message.

The history and culture of Jesus' time meant there was a readiness for the message of God's kingdom.  It's not too difficult to see that the truth of God's story was framed in a way that accounted for the knowledge and expectations of those who heard it.

The truth of the good news of Jesus - who He is, who we are, His response - this hasn’t changed, but as we consider the shifts in culture, the way in which we share the message has changed -  and it needs to.

The shift in MESSAGE is one where we shift from "salvation formulas" to "the gospel story".

We are no doubt indebted to the likes of Billy Graham for his emphasis on "a personal relationship" with God, his organisation's "Bridge to Life" concept, and also Bill Bright's "four spiritual laws" and later "knowing God personally" - however the message of these men of faith came at a time in western civilisation where the Bible was broadly understood and accepted.

Things have changed 60-70 years later - the emerging generation hasn't had the Sunday School upbringing of two generations ago, and we're confronted with the opportunity of sharing the story of God in a way that assumes no prior knowledge of God, Jesus, or the Bible.

This is why AccessTheStory exists as an organisation - facilitating a change in our language from "personal relationship" to "a story to belong to". (Bearing in mind that the use of the term 'story' doesn't imply 'make-believe' - story is the language and longing of a generation.)

AccessTheStory is founded on the belief that the church’s understanding and proclamation of the gospel needs to change if we have any hope of engaging the next generation.

Much of the way the church has communicated the gospel has been through a ‘small story’ message of salvation (‘God loves you’ -->‘but you’re a sinner’--> ‘Jesus died to save you’ --> ‘trust in Him’).  AccessTheStory believes that while this small story is crucial, it is an incomplete story to the ears of the emerging generation.  AccessTheStory is pioneering a ‘big story’ telling of the gospel in order to reach a generation.

So, there's the three shifts that are helping us each a generation: MINDSET, METHOD, and MESSAGE.

One thing that I'm becoming convinced of in working among young people is that they're ready for us to allow them some space to speak up.  It might be that if we shifted some things (Mindset, Method, Message), we might find a generation who longs for us to expect more from them.