not just for young people 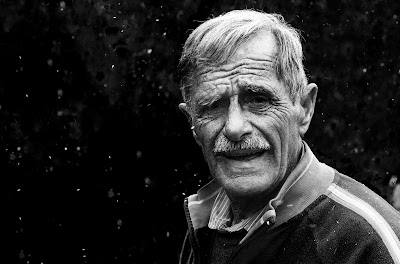 Bob.  An elderly Irish congregant at the church that meets in Happy Valley.  Pulls no punches, "get the doctrine right" kind of guy.  I like him, but he frightens me a little.

I preached in his church yesterday, and took the risk of creatively retelling the story of the lost son (mentioning that it was part of my preparations for an upcoming youth camp).  I retold the story three times from three vantage points.  The younger son, the older son, then the father.

I couldn't help myself when it came to the father - my voice cracked, my eyes welled - maybe it's because I'm a Dad myself - but as I looked across the crowd of 30 grey and balding heads, I noticed some red eyes in the pews:

"Then one day, a lonesome and bedraggled figure broke the horizon.  As soon as I saw him I recognised his slow and deliberate pace - murmuring to himself - rehearsing a speech, I suspected.

I was off - down that road.  Robes lifted. Sandals slapping against the compacted dirt track.  Heavy breathing.  Lump in my throat growing bigger and bigger as I grew closer - tears blurring my vision.

When I reached him I nearly knocked him over with my joyous embrace - and held him. Kissed him.  And I wept - tears of relief, tears of joy.

“Father I have done a terrible wrong in God’s sight, and in your sight too.  I have forfeited any right to be called your son.”

Yes, yes - I called the servants to care for him, “dress him in my finest robe, re-establish his sonship with my ring”. and I called for a celebration with the best food we had."

I closed with a couple of thoughts around the extravagant nature of God's love for us, then sat down.  I found myself needing to steady my breathing - still impacted by the gravity of the moment.

After the final song (heavily laden with olde-english lyrics), I felt a firm grip on my arm - it was Bob:

I can still hear the waver in his voice.  Bob's right.