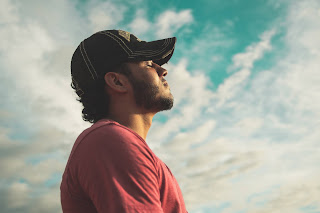 I just came from a meeting where we named the tension between the desire for meaningful spirituality but also the environment of fatigue in which we find ourselves.  The tension of wanting to be a part of something that's lasting when we feel like we can only commit to short bursts.

We want to be associated with something that's going to endure, but it's hard to see how we can endure beyond this month -- hard to know how we can do 'this' for another week, another day.

We spoke about being 'launch averse' in such a climate.  How it feels like we're putting unwarranted pressure on our selves and others when we 'launch something new.'

I've been reflecting on my own reluctance when I hear other leaders claiming that God's doing a 'new thing' - a new year, a new program, a new team, a new event.

And I wonder if we think that if we believe hard enough, and sing loud enough, and social media sexy enough, that God will show up and do God's 'new thing'.

The irony being, that when Isaiah 43 talks about God's 'new thing', its referring to a previously unanticipated way of rescue - where a Deliverer would come and lay himself down.

Not conquering by ingenuity and effort, but through servanthood and sacrifice.

For me, the words of Jesus are more relevant now than ever have been:

“Are you tired? Worn out? Burned out on religion? Come to me. Get away with me and you’ll recover your life. I’ll show you how to take a real rest. Walk with me and work with me—watch how I do it. Learn the unforced rhythms of grace. I won’t lay anything heavy or ill-fitting on you. Keep company with me and you’ll learn to live freely and lightly.” - Matthew 11:28-30 - The Message.