COFFEE WITH A MATE ON THE GOLD COAST 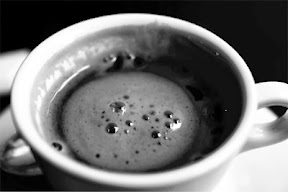 "AM I BEING STUPID?"

"Am I stupid for entertaining the idea of birthing on organisation around Story-formed Discipleship?"

That was my next question. It was helpful to be able to say it out loud, and Rowan isn't unfamiliar with this kind of territory. Both he and I are avid supporters of the local church, and we both have asked the question more than once around the numbers and necessity of ministry organisations.

But as I told the story, and shared with him how I'd made enquiries with three other alternatives and none of them seemed to fit, he gave me a great picture that helped clarify things.

"God's kingdom is like a rainforest." He went on to explain that God will use different people and organisations at different times to provide the environment for kingdom growth. He also encouraged me to take responsibility for what I believed God had given us, and if that meant starting something to see it further in its scope, then that's what we should do.

My conversation with Rowan was one of number at the National Youth Ministry Convention on the Gold Coast late in October 2013 - ministry leaders - all of them affirming of what I believed God was calling us into.

So I returned home from Queensland, confident that God was leading us to start something new - we will most likely be doing the same activity, but from March 2014 it will be under a new banner.